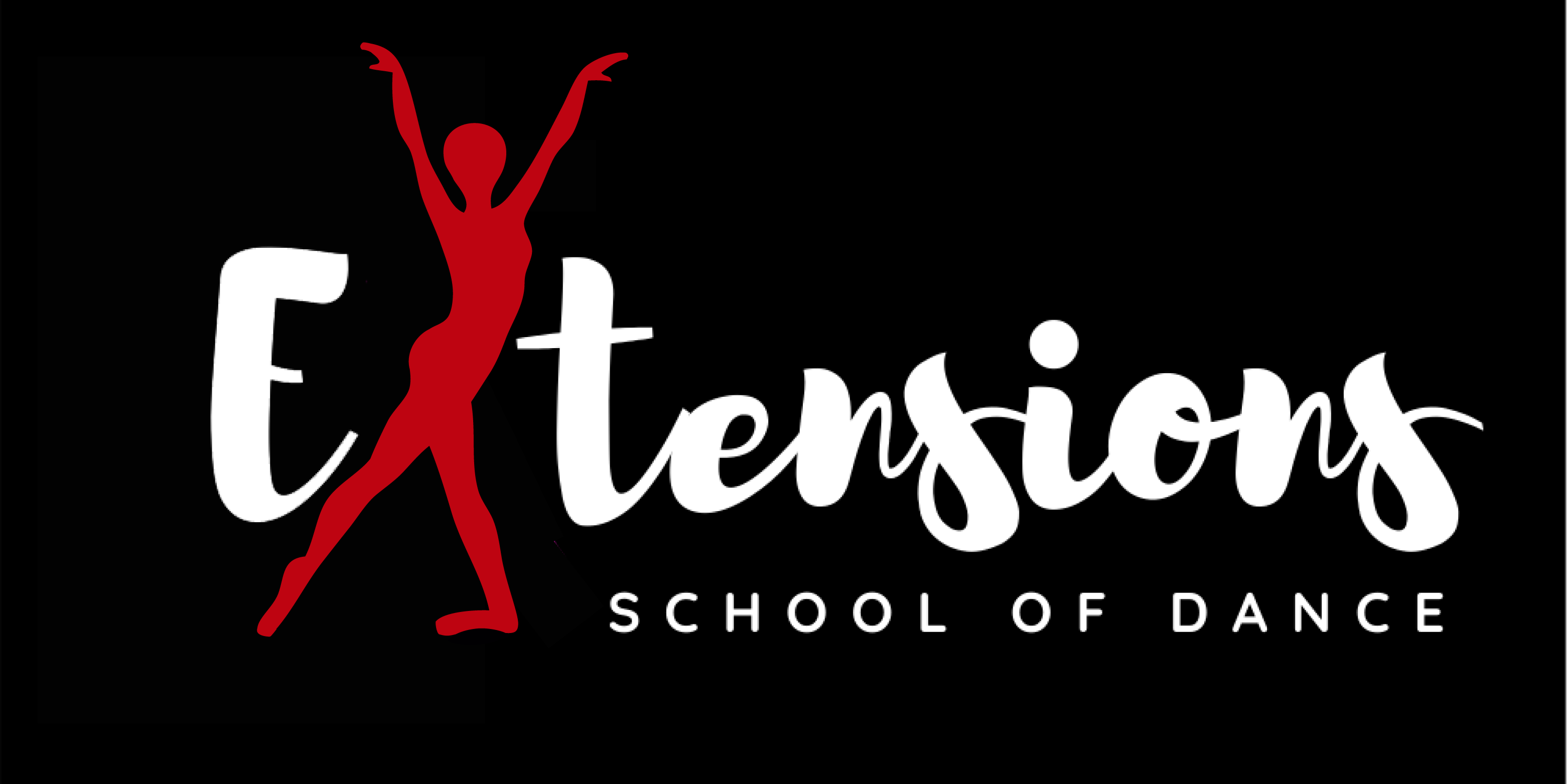 Michelle has been dancing since the age of 2.  She began her training at Helen O’Neil’s and continued on at Position 1, where she was a senior dancer and instructor.  Michelle earned her Bachelor’s Degree from The University of Rhode Island in Business.  She studied under Herci Marsden during her years at college and continually takes classes and seminars to bring fresh content to her students. Michelle started Extensions School of Dance 27 years ago to bring her love of dance to the East Bay Area. She is passionate about sharing her technical training as well as supporting her students with the tools to be successful individuals in life. She has received several choreography awards and her dancers continually receive highest awards at competition. Michelle has taught at several local schools and is an advocate for outstanding education. She is a community volunteer and has been active in the Arts Magnet School, Guiteras Performing Arts and Bristol Warren Education Foundation. Michelle is a member of National Dance Education Organization and Rhode Island Dance Alliance. She lives in Bristol with her husband, four children and two dogs.  Michelle has been featured in “Women Who Own It”:  https://www.elan-studio.com/blog/women-who-own-it-extensions-school-of-dance and Motif magazine: http://motifri.com/art-seen-michele-spina-dancer-teacher-spiritualist/  When she is not at the studio, you might find her taking a walk, riding a bike, reading a book or sharing a meal with friends and family.

Kelley L. Deane Pakenham has been teaching the love of Dance to students of all ages for over 30 years. Miss Kelley began her studies at the age of three with the Helen O’Neil School of Dance in Newport, and at the age of seven followed Lorna Deane Rozon when she established the Position One School of Dance, in Portsmouth. In 1990 Kelley was invited to tour the country with the Dance Olympus organization, affording her the opportunity to study with the industry greats, like Jo Rowan, Frank Hatchet, Gus Giordano, and tap master Charles Kelley to name a few.  She began choreographing at the age of 16 and through her instruction, has helped her students win many prestigious awards at regional and national competitions. Some of her students have also continued on to successful professional careers as dancers on and off Broadway, as well as dance teachers. However, Miss Kelley does not measure her students’ successes by awards and trophies, but rather by the applied life lessons developed and learned through dance class.
Kelley founded the All Star Dance Academy in the summer of 2001 on Broadway in Newport, and in 2007 moved to its current and much larger location in Middletown, before retiring from ownership in the fall of 2019. Miss Kelley is grateful for the opportunity to share her love for dance to so many wonderful Aquidneck Island families.
Kelley resides in Portsmouth with her husband Scott and two sons, Evan and Jackson.

Brooke has been dancing since the age of 2.  She is the daughter of Michelle and has grown up at Extensions, taking classes, going to seminars and performing in competitions.  She is currently persuing a degree in occupational therapy and has been an instructor at Extensions School of Dance and All Star Dance Academy for seven years.  Brooke teaches beginner to advanced tap to all ages and is our certified acro teacher on staff.  Brooke will love you and challenge you, which is why her tap dances receive top awards.  When she is not studying and teaching, you might find her skiing, walking her dogs or enjoying our local area.

Jenna Harrington graduated from The College of Brockport, State University of New York with her Master of Fine Arts in Dance. In 2016, Jenna graduated Suma Cum Laude from Dean College with her Bachelor of Arts in Dance. Along with her Graduate and Undergraduate studies Jenna has also studies at Alvin Ailey participating in the Summer Dance Intensive at The Ailey School in New York City for two summers. Jenna has been involved in dance education throughout the New England area teaching multiple genres to various age groups through master classes, and weekly scheduled classes. During her graduate studies Jenna researched the inclusion of Howard Gardner’s theory of Multiple Intelligence into the studio, and how this theory can allow dance pedagogues to reach a larger percentage of students. When teaching Jenna applies her research in order to accomplish her goal of catering to every individual in the room. Jenna aims to inspire the next generation of dancers through her dance teaching, while providing space for creativity and individualism.

Anne Conley has been dancing for 22 years. She started dancing at Extensions School of Dance at age 2, and went on to dance competitively with both the junior and senior performance teams until she graduated high school in 2011. During her high school career she was also  a member of the St. Mary Academy Bay View Dance Team and a part of the Bay View Player’s Dance Ensemble. By her senior year Anne was named varsity captain of the Dance Team and had student choreographed for them and Bay View’s Manhattan at the Bay. At the conclusion of her senior year she was chosen to travel around the country with the 2011 Dance Olympus convention tour as a Dance Olympus VIP; for which she was featured in the Bristol Patch “Know Your Neighbor: Anne Conley Dances Through Adversity.” Anne went on to study dance at Rhode Island College. She placed 5th in the “So You Think You Want to be a Dance Major” Competition and was a member of the Rhode Island College Dance Company for 2 years. While studying Anne began to teach at Extensions School of Dance and was assistant coach of the Bay View Dance Team.  In 2012 Anne became head coach of the Bay View dance team and has been coaching there going on 8 years. In her time as head coach she has led the Dance Team to seven 1st place wins in the JV Jazz Division at the UDA Dance Championships in Westfield, MA. Anne began coaching the Bay View Cheerleading along with the Dance Team in 2016 earning her the title Director of Cheer and Dance.  Anne models for local photographers across the New England area. Her first publication was this past summer in Style Up Magazine’s 2018 Spring/Summer edition.  She and her fiance, Mike were engaged last October and get married November 2nd 2019.

Hazel is a professional dancer, choreographer, performer and dance teacher. She was born in Manila, Philippines. At 18 years old, she worked as a back-up dancer and choreographer on ABS-CBN’s top variety show called “A.S.A.P. TV”. She then choreographed shows and concerts for some of the biggest singers/performers such as Billy Crawford, Sarah Geronimo, Gary Valenciano, Apl.de.Ap, Melissa Reyes of Pussycat Dolls, Flo-rida and Lenka.

In 2011, she became a parade dancer at Hong Kong Disneyland where she played many different roles including a bungee act called “Swing Bee”. She then, choreographed for the Tomorrowland’s Hip-Hop Show for two consecutive years.

She has performed and joined the All Style Freestyle Battles and Locking Battles at the World Hip-Hop Dance Championships in Torrance, California and Las Vegas, Nevada from 2007-2012.

She is also a certified Acro Dance Teacher by Acrobatique (Canada) and judged several Hip Hop dance competitions in Asia.

In Las Vegas, she became one of the featured dancers in the show called “Solid Gold Soul” in Bally’s Hotel and Casino and has also performed with Snoop Dogg and Marshmello at the Palms Casino Resort.

When she first moved to the East coast, she worked with the famous Hip Hop group, Wreckx-N-Effect as a featured dancer for the “Rumple Minze” commercial which was filmed in New York City.

Today, her main goal is to inspire the young generation to reach for their dreams!

Tyler started her dance career at the age of three. She then spent twelve years at the Franklin School for the Performing Arts where she studied ballet, pointe, jazz, modern, tap, and hip-hop. She was a member of the Junior Dance Ensemble, and then the Senior Dance Company. In these companies, she attended workshops at Walt Disney World and had the honor of performing at Magic Kingdom and Downtown Disney.  After her training at the Franklin School for the Performing Arts, she continued her dance education at Dean College. She graduated from Dean College in 2014 with her Bachelor of Art Degree in dance. Throughout her entire dancing career, Tyler has attended many master classes and summer programs at FSPA, Jacob’s Pillow, Long Island University, Dean College, the Bates Dance Festival, and at Boston Ballet. Tyler truly found her passion in teaching. Tyler has been teaching dance for the past 6 years. She has been with Extensions for 3 years and All Star for 2 years. She loves bringing joy, confidence, and enjoyment to her students. Her main goal is for her students to have fun, learn new dance moves, make friends, and make the best memories! Tyler is looking forward to working with her new students and to having an awesome year!

Deanna was born in Syracuse, New York, and received her early training as a dancer at Syracuse School of Ballet. She went on to train at the Joffrey Ballet School in Manhattan, New York, and then started her professional career as a freelance dance artist. Most recently, Deanna spent two years dancing with Ballet Arkansas under the direction of Michael Fothergill. She joined Island Moving Company under the direction of Miki Ohlsen in September of 2019, and is excited to be back on the east coast working and creating with some beautiful artists. Deanna cannot wait to share her passion for dance with her students, and strives create a learning environment that inspires them to grow as young artists.

Elizabeth received her B.A. in Dance and Secondary Education from Roger Williams University, graduating Summa cum laude. She holds a teaching certificate in Dance, grades Pre-K-12. Elizabeth has been teaching competitive and recreational dancers for 10 years throughout MA and RI. She previously taught at Extensions School of Dance, Chance to Dance RI, and Jacqueline M. Walsh School for the Arts. Most recently, she served as the Director of a large dance school in Weymouth for 6 years. As Director, Elizabeth worked with competitive dancers ages 6-20 and set choreography for regional and national competitions. Elizabeth received multiple awards for her choreography as well as for the technical and performance skills of her dancers. She is a member of the National Dance Education Organization (NDEO) and the Rhode Island Dance Alliance. Elizabeth performed with Fusionworks Dance Company from 2012-2014. In 2014 she was honored as ‘Dance Teacher of the Year’ by the Rhode Island Alliance for Health, Physical Education, Recreation, and Dance. Elizabeth is currently serving as the Executive Director of Arts Alive!, a non-profit children’s theatre organization based in Barrington, RI. Originally from Bristol, RI, Elizabeth grew up dancing at Extensions and is thrilled to return once again as a teacher. Elizabeth now resides in Dighton, MA with her husband, son, and chocolate lab.